Publication / Illustration
The 51st Nashville Addy Awards was deemed The Raddys — giving the regional advertising awards event an 80s twist. Instead of playing on the clichés of the genre, I was inspired by the pop culture, typography and visuals that were prevalent in the decade, but underrepresented by the typical 80s throwback visual. (You know—Farrah Fawcett hair, Richard Simmons headbands, Ferris Bueller glasses.)
My contribution to The Raddys was the event program that featured the notorious "Engage!" line from Star Trek: The Next Generation. This type was a nod to the sci-fi phenomenon, and the action of engaging with one's peers at the event. The extruding typography, pop culture illustrations and Macintosh computer UI elements bring the reader back in time to the 80s, no flux capacitor needed.
Designed at
ST8MNT for AAF Nashville
Design
Parker Foote
Art Direction
Austin Hale
Creative Direction
Josh Cole 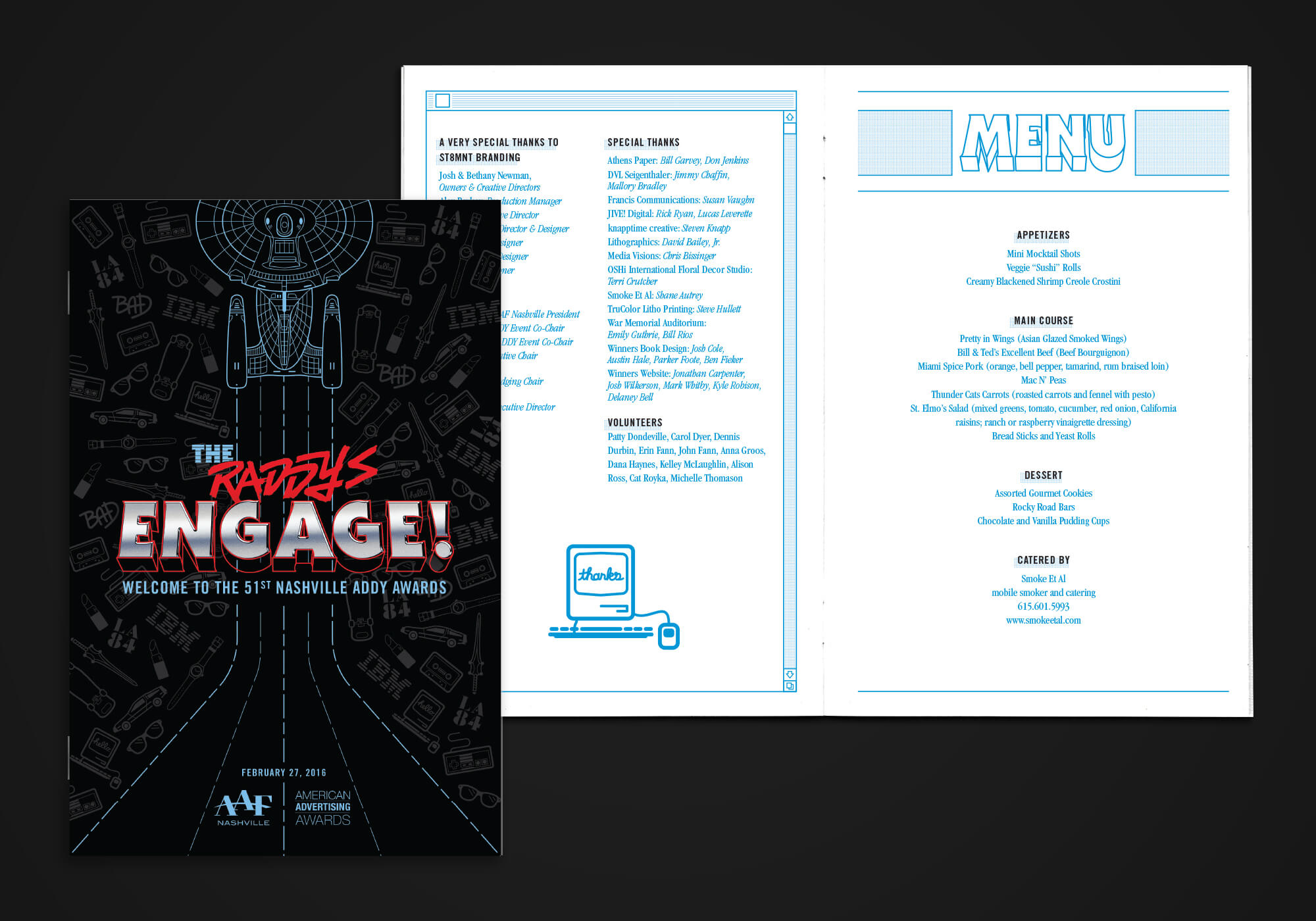 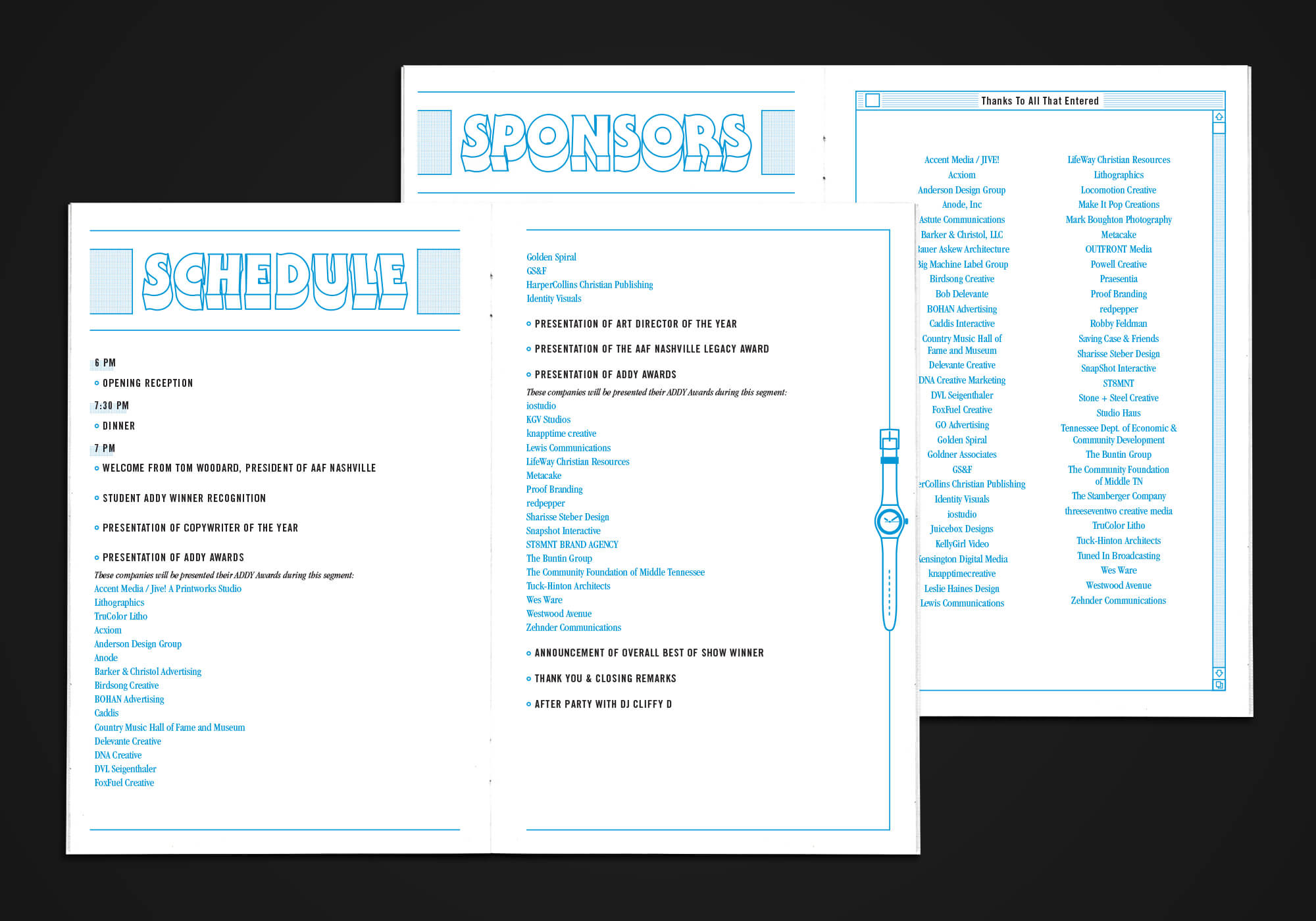